The Experience Bank: It’s about putting people in touch with other people

Finance director of Inflo, Justin Januszewski, discusses the company’s involvement with the Experience Bank; detailing how they made the initial connection and what benefit they gained. 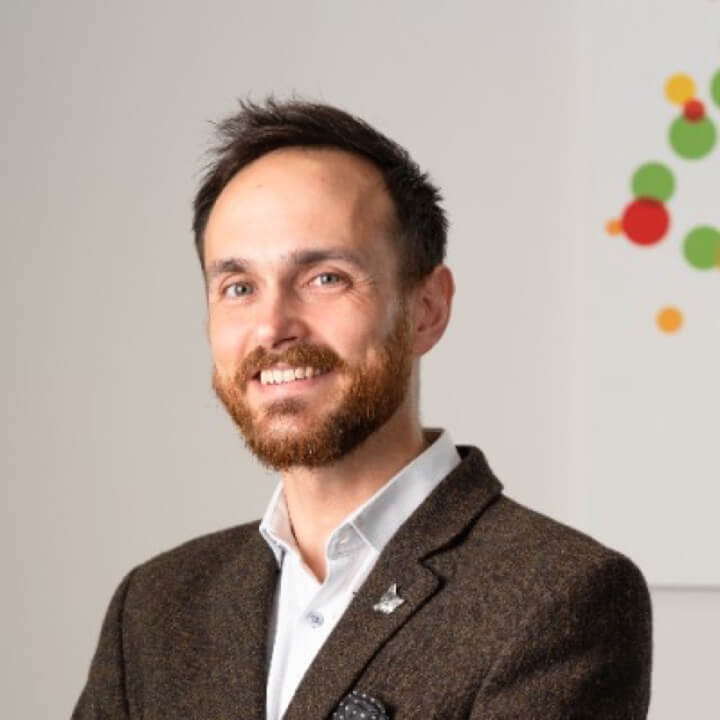 Forming in late 2015, Inflo has grown from a start up to a well-established and scaling company. A particularly rapid period of expansion occurred in the FY17/18 with revenue increasing four–fold and staff numbers doubling. At this point the company successfully joined the programme delivered by Scaleup North East.

Driven by their success and the positive impact of Scaleup, the directors realised that they wanted further external input into the business to help navigate the challenges they now faced in expansion; particularly in ensuring the leadership team developed the correct skills, knowledge and behaviours.

“We felt like we wanted somebody external to share their experience, point out things that we don’t know, that maybe we haven’t thought about. Identify some of the pitfalls on the way to becoming a really big global business.”

Inflo’s directors discussed the utility of a NED with their Scaleup partner, who recommended Peter Neal and the Experience Bank. Inflo were keen to engage with a NED, understanding the benefits, though a concern lay with the extent of return on investment.

“We knew that an NED was what the business needed, we did want somebody from outside of Inflo with a lot of experience and knowledge to provide us with that advice to help steer our strategy, but there was also in the back of our minds… how much value is a NED going to bring versus the investment … that was the only trepidation.”

Inflo contacted Peter and they soon met to discuss their requirements and see what he could offer.

“Peter was really open to coming down to see us… really enthusiastic about the company, understood our issues and our challenges and what we were looking for.”

A second meeting followed a few weeks later and Peter recommended a broad range of people with varying skills & experience that were relevant to Inflo’s position as a scaling tech company.

“The range of people that Peter brought to us, you had some that were experts in technology, experienced particularly in software as a service product, people who had ‘been there and done it’ in terms of scaling a company like ours over a similar timeframe… that was really valuable that we had a load of options there on the table”

As time progressed, the return on investment of a single NED remained a key factor for Inflo, so they instead chose to change their approach and look to form an advisory board. Peter was then able to recommend members for this advisory board and make the introduction.

Discussing the key benefits of engaging with the Experience Bank, it all came back to Peter.

“A really good knowledge of the local network… and understanding our business were the two things that went into providing such a quality list of potentials for us.”

“He clearly understood what our business was about, what we were trying to achieve, what some of the current and potential future challenges would be for us in what we were trying to achieve. Then linking that understanding of Inflo as a business with his knowledge of the local network and people around the North East with the right kind of experience. You could tell already in that first meeting he had already connected dots and formalised that afterwards with us.

For Justin, the key benefit of engaging with the Experience Bank is all about creating relationships; a vital resource for any growing company.

“It’s about putting people in touch with other people… even if we don’t go ahead with adding them to an advisory board, they’re still people who we have a relationship with now.”

“For a scaling business like Inflo you have absolutely nothing to lose by going out and meeting as many people as possible. Everybody who starts a company has got a great idea… us three chartered accountants at Inflo, we understand on paper how a business works but unless you’ve ‘been there and done that’, that’s only going to get you so far. So I think talking to other people who have ‘been there and done that’ and who’ve got the knowledge and experience is absolutely invaluable and Peter, in our experience, is the guy to put you in touch with those kind of people.”